A visit to the town of Temora and its renowned aviation museum. 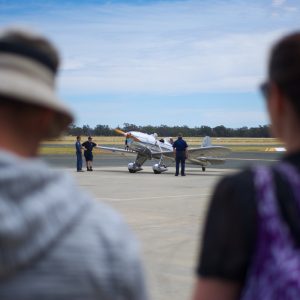 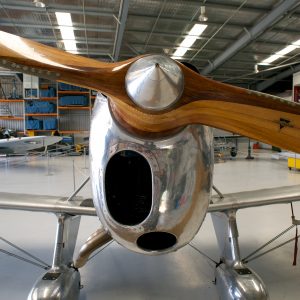 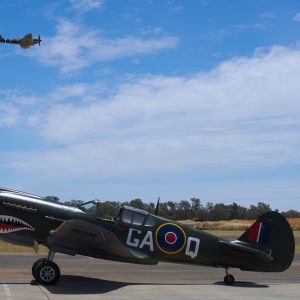 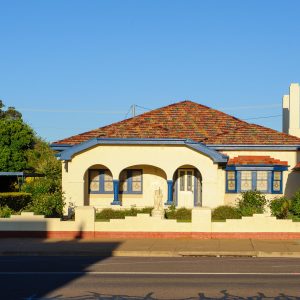 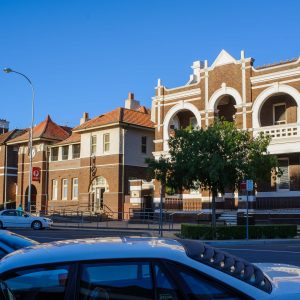 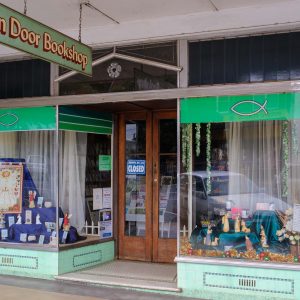 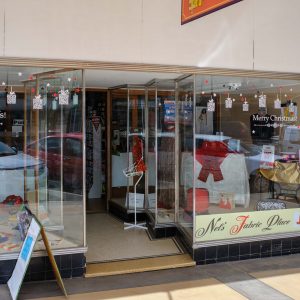 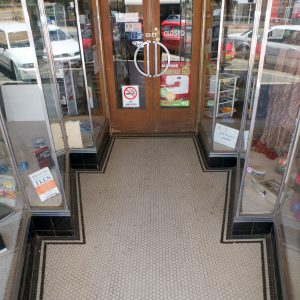 Some time back, finding myself with a weekend to spare, I decided to take a trip to the town of Temora – home to the Temora Aviation Museum, which specialises in ‘war birds’ of various shapes and sizes.

From Sydney, it is a little under 450 kilometres by road, approximately south-west. Too far for a casual expedition, perhaps – but very rewarding for anyone interested in vintage aircraft. The museum was planning an air show on 7 December, Pearl Harbour Remembrance Day, entitled Aircraft Showcase – Pearl Harbour, and it seemed like an ideal time to visit.
I headed off on a Friday, the day before the air show. After about five hours of driving – including some final long sections of remarkably flat scenery – I found myself on Burley Griffin Way, with the town visible in the distance. At this point, I was compelled to pull over to the side of the road and jump from the car. Gazing up into the sky, in the far distance, I could see two fighter planes closely engaged in a dogfight.

For the briefest instant, I felt as if I had been transported back in time (well before my birth, I might add) to the dark days of World War II. Of course, I knew this would just be two pilots practicing for Saturday’s air show, but I was overcome with a rather odd feeling all the same.

Although in no way an expert plane spotter, I could readily identify one of the distant silhouettes as a Supermarine Spitfire, with its ellipsoid wing profiles. The other one I couldn’t identify, but I later learned it was a Curtiss P-40 Kittyhawk from the USA. Both planes were used by the Royal Australian Air Force (RAAF) during the war.

Proceeding into town, I made my way to the slightly run down but charming Railway Hotel on Hoskins Street, where I had booked a room. After making my way through a crowd of enthusiastic drinkers, I paid the barmaid, and she showed me upstairs. The accommodation was fairly basic, and typical of an old-style country pub. However, the room was very well stocked with essentials including bread, milk, a toaster, sachets of instant coffee, and a good supply of Kellogg’s Variety Packs.

After pausing to stroll out of my room onto the hotel’s incredibly wide balcony, I went out to search for dinner. I was fairly tired after the long drive, so didn’t feel like venturing too far. Indeed, after a short walk, I ventured into the Hong Kong Chinese restaurant, which seemed to be doing quite good business. My meal was perfectly edible…even if it didn’t quite transport my tastebuds all the way to the exotic Orient.

After dinner, I took a stroll along the main thoroughfare of Hoskins Street, and it was there that I had my second ‘time travelling’ experience of the day. Looking around, I realised that many of the buildings had been constructed in the 1920s and 30s, and they remained in remarkably well-preserved condition. I could see numerous examples of Edwardian, Federation and Art Deco styles, including some elaborately constructed shopfronts.

Along the way, I took some photos of the streetscape, although the light was fading. Then, after a couple of beers at the packed Ex-Services Club, returned to my room. Overnight, the hotel was very quiet indeed – I had the unnerving feeling that I was the only living soul under its roof – but I had a restful sleep anyway.

The next day I drove out to the Aviation Museum, which sits on the edge of the local airfield. It was a hive of activity, and I could see various vintage planes being carefully tended out on the tarmac. Most of the aircraft in the Museum’s collection are maintained in airworthy condition, which is quite an achievement, and requires huge resources. Taking a stroll around the main hangar, I admired several iconic craft, including a de Havilland Tiger Moth bi-plane and a de Havilland Vampire, an early jet fighter. There were also some unusual military aircraft built by Cessna – a Skymaster and an A-37 Dragonfly. Two of the planes, a Lockheed Hudson and a Gloster Meteor, are the only two flying examples of their type in the world.

The stars of the Temora collection are undoubtedly Australia’s only two airworthy Spitfires. One is a Mk VIII, which was the last to be acquired by the RAAF, and built by the Supermarine Company in England in 1944. It is painted in the green and grey camouflage colours worn by RAAF craft which defended Darwin and operated in the South Pacific. Its livery includes the fearsome shark’s teeth of the 457 Squadron RAAF, and the plane is aptly named ‘Grey Nurse’.

The other Spitfire is a Mk XVI, built by Vickers Armstrong in England. Fitted with a long-range belly tank, it had seen considerable action on more than a dozen strafing and bombing sorties over Germany. After the war it was sold as scrap, and was acquired as a film prop by MGM, where its history became a little vague. Some sources suggest that the cockpit was used for scenes in the 1955 film about Douglas Bader, Reach for the Sky. The airframe was also kept on standby for spare parts on the film Battle of Britain. It changed hands again a couple of times in the 1980s before being acquired by a private collector, Sir Tim Wallis, who had it fully restored. The museum acquired the plane in 2006.

The largest plane on display was an English Electric Canberra, a twin-engined Cold War jet bomber, which was introduced in 1951 and flown by the RAAF. A pioneering British design, it has strong links to Australia, with 48 being built by the Government Aircraft Factories at Fisherman’s Bend in Melbourne. Over 400 were also built under licence in America as the B-57, where even today two modified examples are flown by NASA for high altitude research.

I wondered whether the museum would eventually acquire the Canberra’s predecessor, the de Havilland Mosquito. When it first took to the air in England in 1940, this twin-engined bomber was faster than any fighter plane. Known as the ‘Wooden Wonder’ or the ‘Mossie’, it was built using advanced timber lamination techniques. Over 200 were produced for the RAAF at the De Havilland factory in Sydney between 1943 and 1948. The Mossie’s construction was adapted for Australian timbers, and local furniture makers played a significant role.

A fairly large crowd had gathered at the museum. It was a very hot December day, and we stood in the shade and enjoyed the various displays above our heads. The simulated dog fights included the P-40 Kittyhawk I had seen practicing on the day before. The Kittyhawk is not part of the museum’s collection but is privately owned by a (presumably well-heeled) enthusiast, Allan Arthur, who had flown in for the occasion from his home in Albury. Mr Arthur’s Kittyhawk entered service in New Zealand in 1943, after being delivered from the USA to the NZAF. Today, it is painted with RAF markings from the European theatre. The RAAF was also a major user of the P-40 and its variants. It was a robust plane, and generally better suited to local conditions than the Spitfire. Nearly 850 machines were acquired and served with distinction, the first operating from 1941 in North Africa by No. 3 and No. 450 Squadrons RAAF.

At the museum, I learned that Temora had been established as an RAAF training base in 1941, and home to the No. 10 Elementary Flying Training School. Its remote location was ideal, and the very flat, agricultural surrounding terrain was forgiving of pilot error during landings and take-offs. No. 10 was the largest and longest-lived of the flying schools during WWII, with more than 10,000 personnel involved and upwards of 2,400 pilots trained. At its peak the unit operated a total of 97 de Havilland Tiger Moth aircraft, and it ceased operation on 12 March 1946.

After the air show, I made my way back to the town centre, and took some more photos of the beautiful buildings and shop fronts along Hoskins Street. Indeed, there were too many highlights to include all the pictures here. They included the Temora Post Office, the Open Door bookshop, Nel’s Fabric Place, White Rose Café, Temora House, Temora Ambulance Station and the Hotel Temora.

Now, however, looking back on my visit, I have realised I was somewhat focussed on aviation at the time and probably missed a lot. Certainly, I think there is much more to discover in Temora and its surrounds.

The Bradman cottage, for example. In 1908, Sir Donald Bradman was born nearby in Cootamundra, and in 1983 his family’s original two-room slab cottage was dismantled and moved to Temora. The structure is on display at the Temora Rural Museum, which looks like it would be well worth a visit – apart from Bradman’s memorabilia, there are vintage ambulances, farm machinery, fire engines and much more.

Overall, I was most impressed. Temora is a must-see destination for aviation and architecture enthusiasts.

Not to mention cricket tragics.