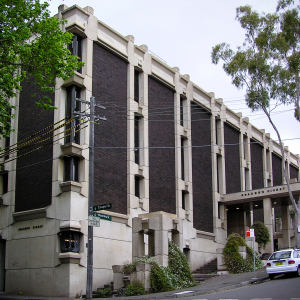 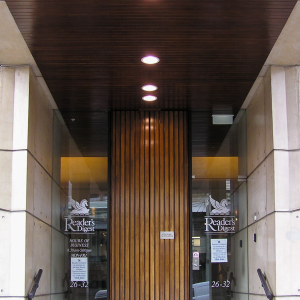 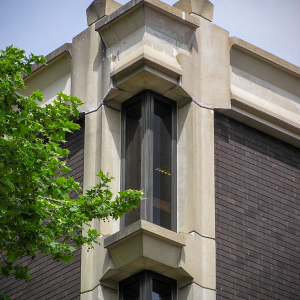 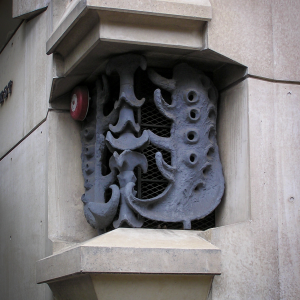 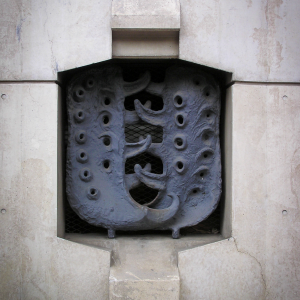 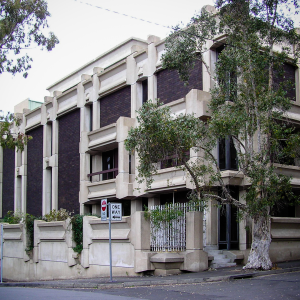 The dense residential character of nineteenth century Surry Hills was overlaid by with equally dense industrial development during the twentieth century. Yet both managed to co-exist uneasily for many decades, underscored by important socially responsible institutions.

The former Reader’s Digest Building is highly significant because of its associations with three prominent and greatly respected professionals who were involved in its design. The combined expertise of architect and scholar John James, designer and sculptor Douglas Annand and landscape architect Bruce Mackenzie resulted in an accomplished, rare and distinctive aesthetic expression that combined architecture, sculpture and landscaping.

The firm of Docker & Smith was responsible for structural design, while construction was carried out by F T Eastment & Sons Pty Ltd. It was officially opened in November 1967. According to architect James, although the building was constructed of “machine age” components, every effort was made in its design to avoid the “cold and sterile box and to create a warm, friendly place for people to work in”.

Great attention was paid to the design of the concrete elements on the exterior of the building both in terms of function and quality of construction. It was anticipated that grime would be retained on the undercut faces while outwardly sloping and vertical faces would shed stains and grime through the action of rain. The “heart” of the building was a $1 million computer that was intended to deal with the company’s mail order operation situated on the third level.

Separate floors were allocated to administration, storage and car parking, while an employee’s lounge and cafeteria and artist’s studio were also included. The executive level was on the highest floor and opened onto the highly significant rooftop courtyard designed by Bruce Mackenzie, populated with native plants and young trees through which a quarry tiled path meandered.

Several hundred pieces of cast iron were designed for the building, whimsical and eccentric foils to the architecture including grilles, bollards, corner posts and balustrades by Douglas Annand. Some, including the balustrades and corner posts, were not installed, apparently due to the negative response of a senior manager, who found their anthropomorphic forms disturbingly suggestive.

The Reader’s Digest Building has retained a high level of integrity within its external fabric and its major internal spaces and demonstrates an exceptionally high level of design and execution. The latter is particularly evident in the off form concrete construction throughout the building, which has great technical interest. Apart from its merits as a building it is a significant element within the Surry Hills townscape.

The Reader’s Digest Building also reflects the growth and consolidation of newspaper and journal publishing on the periphery of the City of Sydney during the post World War II era as well as providing evidence of the expansion of Reader’s Digest in Australia during the second half of the twentieth century.

Between September 1994 and September 1995, the building was refurbished to the design of Perumal Partners Architects, which worked in consultation with John James.

The building eventually became too large for the needs of Reader’s Digest, on account of improvements in technology and a reduction in its workforce numbers. It was offered for sale some years ago and is no longer occupied by Reader’s Digest.